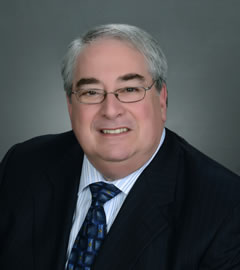 Dr. Jim Wheeler is a practicing physician in the specialty of Obstetrics and Gynecology (Ob/Gyn), and subspecialty of Reproductive Endocrinology / Infertility (REI). He provides medicolegal consulting services across multiple medical specialties, and testifies in meritorious cases within Ob/Gyn and other areas limited to his personal training and experience.

Dr. Wheeler practiced OBG in an academic setting at Yale, then Baylor, from 1986-1994. He transitioned into private practice, founding the Center for Women’s Healthcare, continuing an award-winning research program until 2001, then enrolled in law school while practicing OBG fulltime. He has published hundreds of medical articles, book chapters and meeting abstracts; given over 200 invited lectures to physicians, nurses, physician assistants and students; and has been an invited consultant in developing ultrasound machines, pharmaceuticals and medical devices. He has been an invited advisor/speaker to the Food & Drug Administration, and U.S. Congressional staffers.

From 1983 to 1993, Dr. Wheeler held multiple positions within the American College of Obstetricians and Gynecologists (ACOG), including national Chairman of the young doctors’ division in 1987 and1988. During his Chairman year, Dr. Wheeler focused upon raising awareness of domestic violence, stress during residency including the effect of resident work hours, and the challenges of pregnancy during residency. Over his 10 years of service to ACOG, he contributed to developing educational materials relating to endometriosis, leiomyomata uteri (fibroids), benign ovarian conditions, and hysterectomy; he also contributed to the writing and editing of numerous health policy documents promoting women’s health care.

Dr. Wheeler practices medicine and resides with his wife and a varying number of his six children in Houston, Texas.

Please email Jim at drwheeler@hotmail.com or call for a complete CV.

‘No questions for this witness.’

— Texas prosecutor, after expert report had been heavily referenced by two prior experts in an alleged sexual assault case, and before hearing a “not guilty” verdict a few minutes later.

‘Thanks for seeing me as a patient, as well as helping on my case.’

— Texas woman who lost a baby due to a motor vehicle collision on a military base.